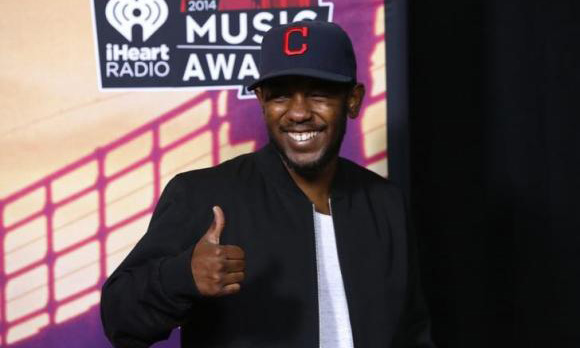 LOS ANGELES - Rapper Kendrick Lamar topped the weekly U.S. Billboard 200 album chart on Wednesday for the first time, as his latest album became the second biggest seller of the year so far. "To Pimp A Butterfly," Lamar's third studio record, sold 324,000 albums, 125,000 songs and 3.9 million streams for a tally of 363,000 units, according to figures from Nielsen SoundScan. It came in behind Drake's "If You're Reading This, It's Too Late" album, which sold 495,000 albums in its opening week in February, becoming 2015's biggest seller so far. The Billboard 200 chart tallies album sales, song sales (10 songs equal one album) and streaming activity (1,500 streams equal one album). Last week's chart-topper, the soundtrack to Fox TV's hit hip-hop drama "Empire," dropped to No. 2 with 110,000 units, while alt-rockers Modest Mouse debuted at No. 3 with their latest album, "Strangers To Ourselves," tallying 77,000 units. The only other new entry to crack the top 10 of the Billboard 200 chart was British singer Marina and the Diamonds at No. 8 with "Froot." On the Digital Songs chart, Mark Ronson and Bruno Mars held onto the top spot with their catchy "Uptown Funk!" selling 187,000 downloads in the past week. - REUTERS