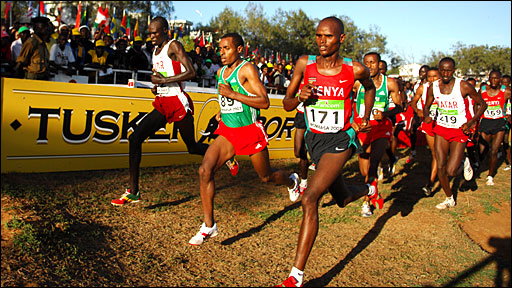 Kenya strode to gold in both the men's and women's races at the World Cross Country Championships in China on Saturday with 19-year-old Agnes Tirop and Geoffrey Kipsang taking their first titles. Tirop produced an impressive start-to-finish victory over the 8,010-metre course in Guiyang in a time of 26 minutes and one second, leaving behind Ethiopian Senbere Teferi in the final 200 after a head-to-head battle between the 19-year-olds. Her five-second victory on an old horse racing track in southern China against an impressive field, that included twice world cross champion Emily Chebet, provided the 300th medal in the discipline for the East African country. "I am very happy to have won Kenya's 300th medal," Tirop told organisers, the IAAF. "I was trying to push the pace from the start. I had no fear, I was just trying to run my own race. "The Ethiopian tried to overtake me and tried to push me to get away, but I was strong and managed to hold on." Kipsang, a half-marathon specialist, also had a duel in the men's race as he overcame compatriot Bedan Muchiri to win in a time of 34:52, eight seconds ahead of his rival.
There were some cheers for Ethiopia, though, as they took gold in both the junior races, with Yasin Haji winning the men's race after a blistering sprint finish ahead of Kenyan duo Geoffrey Korir and Alfred Ngeno.
Letesenbet Gidey led the Ethiopians to a sweep of the medals in the junior women's race, her first international event outside of her homeland.