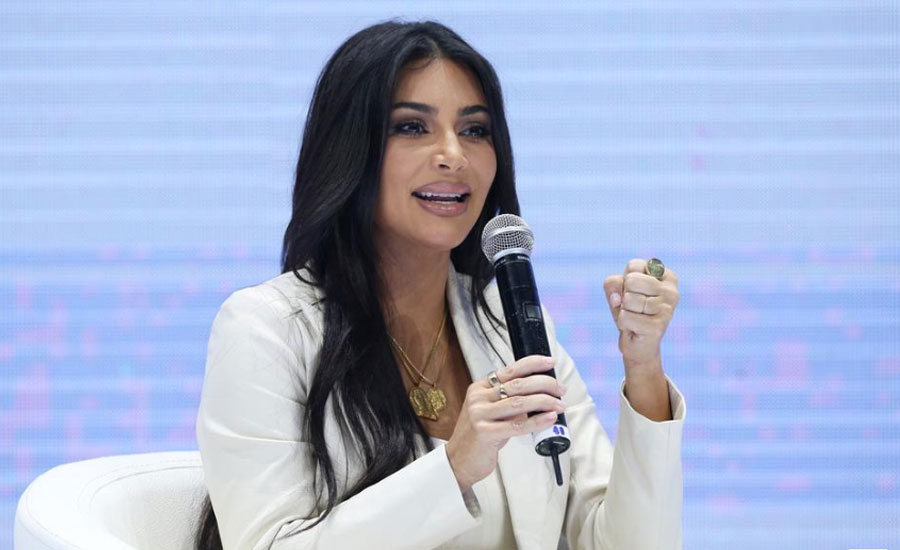 YEREVAN (Reuters) – US reality TV star Kim Kardashian heaped praise on Swedish teenage climate activist Greta Thunberg on Tuesday, calling her a “brave and amazing young woman” and said she shared her concerns about climate change. Kardashian, 38, said she would love to have dinner with Thunberg, who told world leaders at the opening of a United Nations conference last month that they had stolen her childhood with “empty words.” “She (Thunberg) is such an amazing young girl, and so brave and courageous to stand up to these grown-ups that can be very scary and for her to be so open and honest is exactly what we need,” Kardashian told Reuters in an exclusive interview during a visit to Armenia. “Climate change is a serious problem,” said Kardashian, who was attending the World Congress on Information Technology (WCIT) in the Armenian capital Yerevan. She said she also wanted to talk to Thunberg’s parents and to share her thoughts as a social media entrepreneur. “Speaking on a big platform invites a lot of different opinions and personalities and how they (parents) manage that,” Kardashian said. Kardashian’s ancestors came from Armenia and her visit also included seeing three of her four children baptised on Monday in the country’s main cathedral Echmiadzin. Her elder daughter, North, was baptised in 2015 in the Armenian church in Jerusalem. Kardashian said that all members of her family were very cautious about the environment and she defended other famous people like Britain’s Prince Harry and his wife Meghan, who have been criticised for using private jets. They were “very passionate about decisions that change the world,” Kardashian said of the royal couple. “I still love and value the fact that they bring such attention to such important movements that need to happen and they are really passionate about, because they are still changing the world,” she said. Talking about plans for her businesses, which include beauty products and shapewear, Kardashian said she was considering opening a factory and investing in Armenia, which her ancestors left for the United States at the beginning of the 20th century. “I’m excited as tonight I have a meeting and I’m gonna talk about future investments and opening up a factory here and how to really bring this (business) to Armenia,” Kardashian said about her plans in the ex-Soviet country. Kardashian, who has over 60 million followers on Twitter, said she was very determined to complete her studies as a lawyer, although it was “challenging for her” due to her tight schedule. She wants to promote the hiring of ex-prisoners so they are able to return to the workforce. “Some of the (most) enlightened people I’ve ever met, smartest people, people that know law the best, are people that are spending time in prison,” said Kardashian, who in the past has talked about her vocal support for criminal justice reform. The reality-star-turned-activist said she had no plans to enter politics and does not want to have any more children with her musician husband Kanye West.