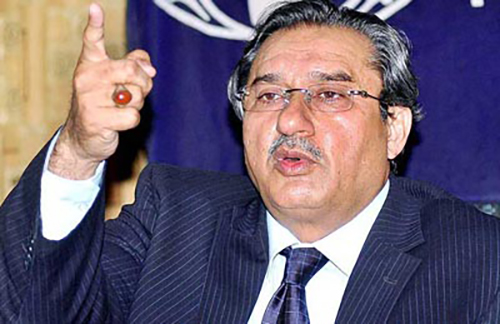 DADU (92 News) – Pakistan People’s Party (PPP) leader Pir Mazharul Haq has on Thursday said that he was listened despite being a member of party’s central executive committee and he has conveyed his complaints to PPP co-chairman Asif Zardari. Talking to media after casting his vote in Dadu, former provincial education minister said that the PPP is not a common man’s party anymore, adding that it has been hijacked by the landlords and Pir. Pir Mazharul Haq said that many senior leaders are forced to contest elections as independent candidate due to the behavior of the party. “The electoral tickets have been issued by the party leaders against his son Danish Ali,” he said.