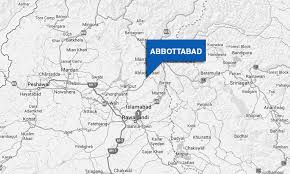 ABBOTTABAD (92 News) – Dozens of villages in Abbottabad’s Havelian district of Khyber Pakhtunkhwa were cut off from other parts of the area following a massive landslide on Sunday. As per details, following massive earthquake on October 26, the landslide hit Poona village in Havelian, completely damaging the road and cut off dozens of villages from other part of the province. A stream turned into an artificial lake after mountain fell in the stream causing the blockade of the water. The landsliding destroyed the many houses and many residents living on the mountains were forced to migrate and live under open sky. Local authorities were making efforts to repair the road and reach villagers in the mountainous district of KPK.