As per details, the agitating protesters chanted slogans against Brahamdagh Bugti and Indian PM Naredra Modi.

The protesters set ablaze effigies of the Indian premier and the exiled Baloch leader and Indian flag.

Large number of people including tribesmen took part in the protest. 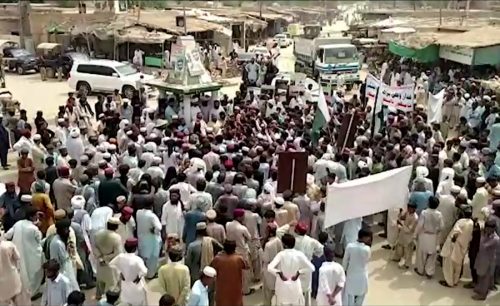