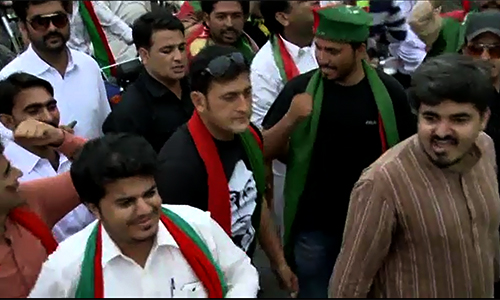 ISLAMABAD (92 News) – The Pakistan Tehreek-e-Insaf has accused the umpire of match-fixing during the local bodies polls in Islamabad. A spokesman for the PTI said that the stopping of Imran Khan from holding a meeting on Thursday by the returning officer is a condemnable act. He said that the returning officer had shown partiality by not stopping Federal Minister Tariq Fazal from holding the meeting in Chak Shahzad.