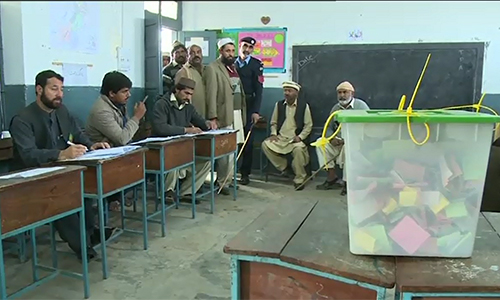 ISLAMABAD (92 News) – The Pakistan Tehreek-e-Insaf (PTI) won in six union councils, while the PML-N achieved success in three UCs during the local bodies elections in Islamabad.

An independent candidate won in one of the UCs. In UC-30, former senator Zafar Ali Shah of the PML-N is lagging behind.

The former senator said that he would not raise a hue and cry on his defeat.

However, a neck and neck contest is going on between the PML-N and the PTI.

92 News once again maintained its superiority of announcing the results first. Unofficial and reliable results were conveyed to the viewers.