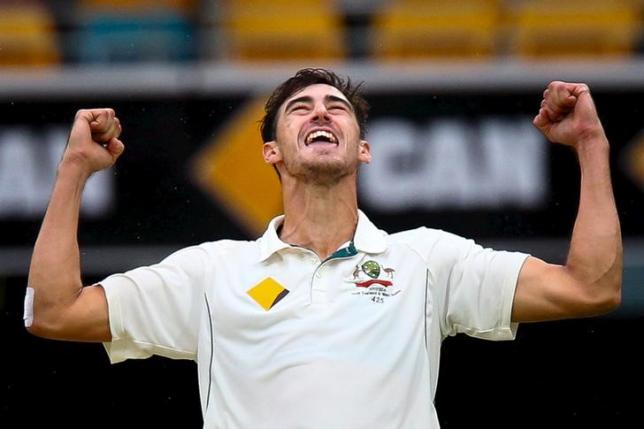 BRISBANE - Australia coach Darren Lehmann has praised captain Steve Smith's handling of an outburst by Mitchell Starc that cost the left-arm quick half his match fee from the first test against New Zealand. Starc, frustrated at a 46-run final wicket stand between Mark Craig and Trent Boult on the fifth day of the opening test, hurled the ball back at Craig after the batsman played a defensive shot back to him. The ball narrowly missed Craig and went for four overthrows. Starc was later fined about A$7,500 ($5,300) by the International Cricket Council and Lehman said he had to manage his aggression better. "He's got to find that happy medium," Lehmann told reporters in Brisbane on Tuesday. "You love to see the aggression, it's just making sure it's the right time." Smith, who was playing his first test as Australia's permanent captain following Michael Clarke's retirement after they lost the Ashes to England earlier this year, had told reporters on Monday the outburst had been disappointing. "He's done it a few times and I'm going to have a word with him when I get back down to the sheds," Smith said. "I don't think it was necessary at the time and hopefully he can improve and get better from that." Lehmann added he had been pleased with the way Smith had handled the situation. "I was very happy with the captain and the way he handled that. I know the players are," Lehmann added. "He's had a chat to him and that's done and dusted from where I sit. "The way he talks to players behind the scenes, there's a lot that goes on. We've been really impressed with him as a coaching staff group." Australia and New Zealand have a quick turnaround with the second game of the three-test series in Perth starting on Friday. -Reuters