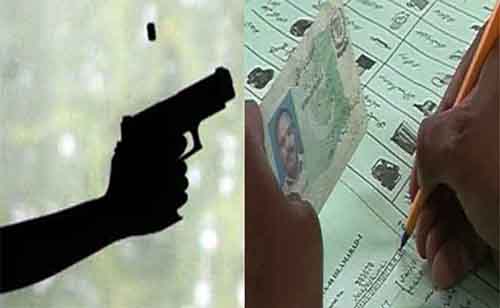 SHEIKHUPURA (92 News) – In a shocking event on the occasion of second phase of local government elections, a man has committed suicide after killing his father over political affiliation issue in Union Council Nangal Sahdan on Thursday. According to police, the incident occurred in Sheikhupura’s Nangal Sahdan Union Council, where father was a supporter of Pakistan Tehreek-e-Insaf (PTI), while his son was a supporter of Pakistan Muslim League-Nawaz (PML-N). “They had a quarrel over the issue of casting vote after which the accused opened firing, killing his father Bashir on the spot,” police said. Police officials said that the accused committed suicide after killing his father. Police seized the bodies and shifted them to hospital for autopsy, while Union Council Nangal Sahdan is one of a sensitive UC in Sheikhupura.