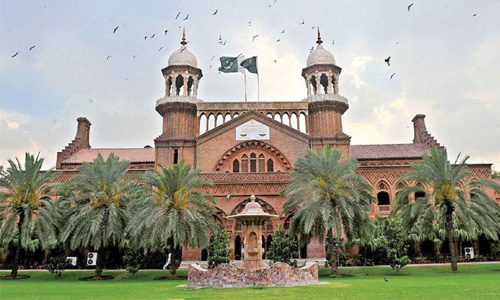 LAHORE (92 News) – The Lahore High Court (LHC) has on Friday ordered the provincial government to stop work on Orange Line Metro train in Old Anarkali premises. The Residents of Kapoorthala House, Old Anarkali, had challenged the acquisition of their properties for “Orange Line Metro Train Project” in the Lahore High Court, in which they pleaded that legal requirements were not completed before initiating the project as the area was not acquired under land acquisition act. The petition also stated that environmental survey was also not done for the project paralyzing the daily routine of the citizens therefore; orders should be issued to prevent work on the scheme. The petitioner requested the court to stop work on the project. After hearing the LHC Justice Shahid Kareem issued notices to Punjab government, Attorney General and Advocate General and ordered to stop work on the project in Old Anarkali and Kapoorthal house areas.