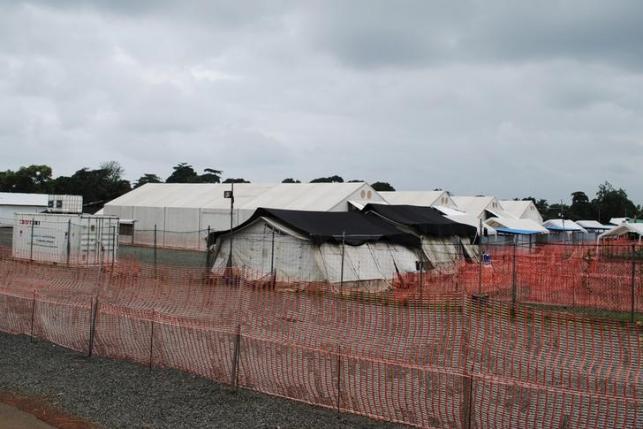 MONROVIA - Liberia has placed 153 people under surveillance as it seeks to control a new Ebola outbreak in the capital more than two months after the country was declared free of the virus, health officials said. Three Ebola cases emerged in Liberia on Friday. The first of the new patients was a 15-year-old boy called Nathan Gbotoe from Paynesville, a suburb east of the capital Monrovia. Two other family members have since been confirmed as positive and they are all hospitalized. "We have three confirmed cases and have listed 153 contacts, and we have labeled them as high, medium and low in terms of the risk," Liberia's Chief Medical Officer Dr. Francis Kateh told Reuters late on Saturday. The West African country has suffered the highest death toll in the worst known Ebola outbreak in history, losing more than 4,800 people. It has twice been declared Ebola-free by the World Health Organization, once in May and again on Sept. 3, only for new cases to emerge. It is not known how Gbotoe was infected and Kateh did not offer any explanation, saying that investigations were ongoing. Cross-border transmission seems unlikely since neighboring Guinea has zero cases while Sierra Leone was declared Ebola-free this month after 42 days without a case. In the Duport Road neighborhood of Paynesville, health officials went from house to house on Saturday delivering food and water to neighbors of the infected family, deemed at risk of catching the disease. Unlike in previous months, there were no barriers or soldiers to enforce quarantines. Neighbor Elizabeth Powell said she was more worried about lost income than catching Ebola, which is transmitted through the bodily fluids of the sick. "I am worried about food and my business," she said. The epidemic has crippled Liberia's economy and President Ellen Johnson-Sirleaf says it will take two years to recover. The previous resurgence of Ebola in Liberia is thought to have been via sexual transmission since the virus can exist in the semen of male survivors for at least nine months after infection, much longer than its incubation period in blood. It is also theoretically possible for an infected animal to trigger a fresh chain of transmission. The index case in the West African outbreak that has killed around 11,300 people was a child believed to have been infected by a bat. -Reuters