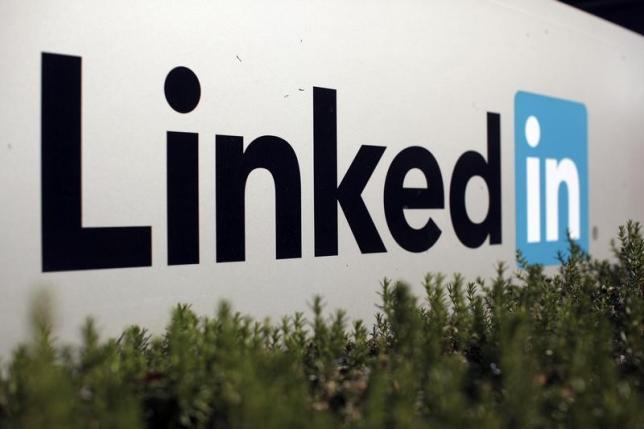 CALIFORNIA - LinkedIn Corp (LNKD.N), operator of the biggest social networking site for professionals, reported a better-than-expected 33 percent rise in quarterly revenue on Thursday, driven by strong growth in its business serving recruiters. LinkedIn's shares were down 3.9 percent in after-hours trading, however, as investors focussed on the company's widening losses and an underwhelming full-year revenue forecast. LinkedIn has been spending heavily to acquire businesses and build up its sales and development teams in an effort to leverage off its 380 million members. The company bought lynda.com, a leader in the training video market, for $1.5 billion in May in its biggest deal ever. LinkedIn said it now expected the business to contribute about $90 million to 2015 revenue - more than double its original forecast. But while the extra $50 million was a positive surprise, the company raised its overall revenue forecast by only about $40 million. "There are some near-term challenges that they need to overcome, which is the weakness in display advertising," Monness, Crespi, Hardt & Co analyst James Cakmark told Reuters. Total costs jumped about 53 percent to $792 million. LinkedIn has also been investing to improve its mobile presence and is developing new products for China, where it now has about 10 million members, up from 4 million last February. "If any U.S.-based Internet company has a chance to succeed in China in the near term I think it's LinkedIn," Axiom Capital analyst Victor Anthony told Reuters. Overall membership at the end of the second quarter was up 21 percent from a year earlier. Revenue in LinkedIn's Talents Solutions business, which sells services to recruiters, rose 38 percent to $443 million. The business accounted for 62 percent of total revenue. LinkedIn also gets revenue from advertising and premium subscriptions. LinkedIn, which gets 38 percent of its revenue from outside the United States, said that excluding the impact of the strong dollar revenue would have risen 38 percent in the period. The net loss attributable to shareholders widened to $67.7 million, or 53 cents per share, from $1 million, or 1 cent per share. Revenue rose 33.3 percent to $711.7 million. Excluding items, the company earned 55 cents per share. Analysts had expected earnings of 30 cents per share on revenue of $$679.8 million, according to Thomson Reuters I/B/E/S. LinkedIn said it expects full-year revenue of about $2.94 billion, up from an earlier forecast of about $2.90 billion. Up to Thursday close of $227.15, LinkedIn's shares had fallen about 1 percent this year. -Reuters