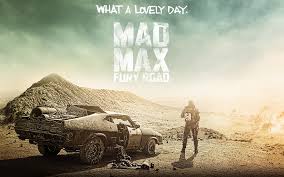 LOS ANGELES - Movie fans got an adrenaline-filled glimpse of the much-anticipated rebooted version of the "Mad Max" series, with the release of a full theatrical trailer less than two months before the film premieres at the Cannes Film Festival. "Mad Max: Fury Road" stars British actor Tom Hardy as the Australian anti-hero originally played by Mel Gibson in George Miller's 1979 action film. Charlize Theron, Nicholas Hoult and Zoe Kravitz also have roles. The fourth instalment of the "Mad Max" franchise, directed by Miller, is set in a post-apocalypse dystopian Australia where police officer Max Rockatansky battles hardened criminals from the outback. The trailer, like previous teasers, features numerous explosions, car chases and fight scenes set against a barren desert backdrop. The film will have its world premiere in an out of competition screening on May 14 at the Cannes Film Festival. It will be released in cinemas a day later. - Reuters