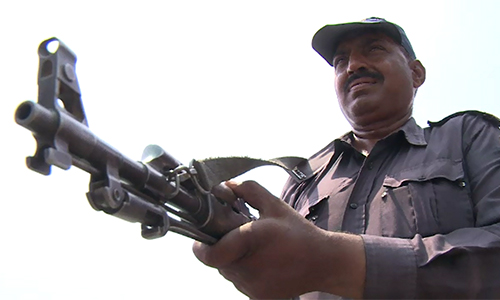 KARACHI (92 News) – The law-enforcement agencies have on Monday apprehended at least four people including Zakir Ladla, brother of gang war leader Baba Ladla. As per details, police carried out an operation in Karachi’s Ittehad Town and detained Zakir Ladla, brother of Lyari gang war leader Baba Ladla and his two accomplices. Zakir Ladla had arrived in Baldia Town through Hub. On the other hand, police have arrested a Lyari gang war criminal Ahmad alias Dada, who was wanted in more than 25 incidents of murder and extortion. The accused Ahmad alias Dada belonged to Sheraz Comrade Group.