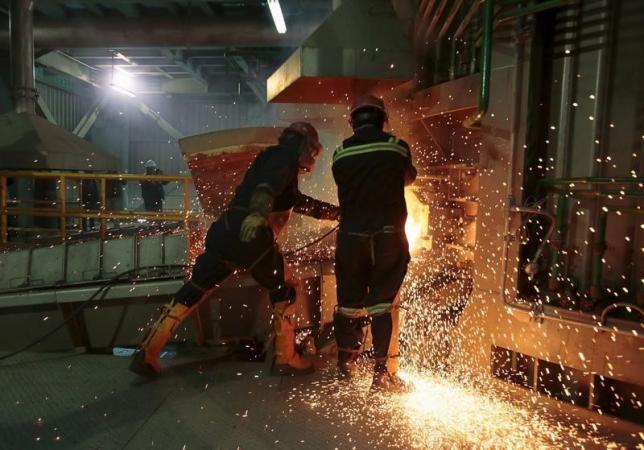 LONDON - Commodities-related revenues at the top 10 investment banks dropped by 17 percent in the first nine months of the year after sluggish turnover from metals and investor products, a consultancy said on Tuesday. The slide was also due to a retreat in business in the power and gas markets after last year's surge, financial industry analytics firm Coalition said in a report. Revenue earned by leading banks from commodity trading, selling derivatives to investors and other activities in the sector fell to $3.7 billion (£2.4 billion) from $4.5 billion in the same period of 2014, it said. "Improvements in oil were offset by a lacklustre performance in metals and investor products, and normalisation of US power and gas markets in 1H," Coalition said. Last year a cold winter in North America created volatility and boosted activity in power and gas, while this year trading has increased in the oil sector due to a sharp fall and then partial recovery in prices. Higher volatility in financial markets typically opens up trading opportunities. The banks' commodities revenue in the whole of 2014 was up 9 percent at $4.9 billion, reversing three years of declines, due to increased activity in energy markets as oil prices went into free fall. Yet revenue last year was still only just over a third of the $14.1 billion banks racked up in 2008 at the height of the commodities boom. Many investors have shunned commodities in recent years due to lacklustre performance and as the sector was buffeted by economic events, moving in step with other assets. The 19-commodity Thomson Reuters/Core Commodity CRB index .TRJCRB was down 18 percent last year and is down a further 20 percent in 2015. Banks continued an exodus from commodities trading in 2014 due partly to tougher regulation and higher capital requirements after the global financial crisis. Coalition tracks the following banks: Bank of America Merrill Lynch, Barclays, BNP Paribas (BNPP.PA), Citigroup, Credit Suisse, Deutsche Bank, Goldman Sachs, JPMorgan, Morgan Stanley and UBS. -Reuters