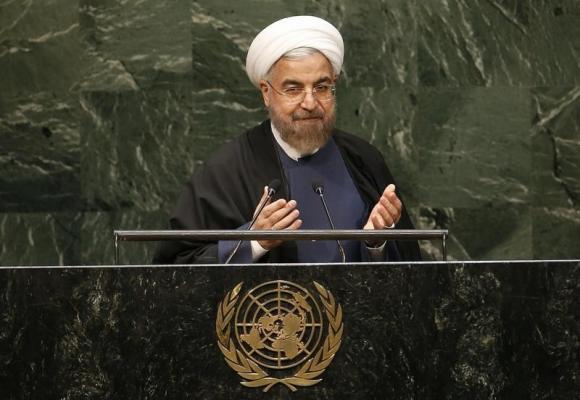 UNITED NATIONS - Major world powers have begun talks about a United Nations Security Council resolution to lift UN sanctions on Iran if a nuclear agreement is struck with Tehran, a step that could make it harder for the US Congress to undo a deal, Western officials said. The talks between Britain, China, France, Russia and the United States — the five permanent members of the Security Council — plus Germany and Iran, are taking place ahead of difficult negotiations that resume next week over constricting Iran's nuclear ability. Some eight UN resolutions - four of them imposing sanctions - ban Iran from uranium enrichment and other sensitive atomic work and bar it from buying and selling atomic technology and anything linked to ballistic missiles. There is also a UN arms embargo. Iran sees their removal as crucial as UN measures are a legal basis for more stringent US and European Union measures to be enforced. The US and EU often cite violations of the UN ban on enrichment and other sensitive nuclear work as justification for imposing additional penalties on Iran. US Secretary of State John Kerry told Congress on Wednesday that an Iran nuclear deal would not be legally binding, meaning future US presidents could decide not to implement it. That point was emphasized in an open letter by 47 Republican senators sent on Monday to Iran's leaders asserting any deal could be discarded once President Barack Obama leaves office in January 2017. But a Security Council resolution on a nuclear deal with Iran could be legally binding, say Western diplomatic officials. That could complicate and possibly undercut future attempts by Republicans in Washington to unravel an agreement. Iran and the six powers are aiming to complete the framework of a nuclear deal by the end of March, and achieve a full agreement by June 30, to curb Iran's most sensitive nuclear activities for at least 10 years in exchange for a gradual end to all sanctions on the Islamic Republic. So far, those talks have focused on separate US and European Union sanctions on Iran's energy and financial sectors, which Tehran desperately wants removed. The sanctions question is a sticking point in the talks that resume next week in Lausanne, Switzerland, between Iran and the six powers. But Western officials involved in the negotiations said they are also discussing elements to include in a draft resolution for the 15-nation Security Council to begin easing UN nuclear-related sanctions that have been in place since December 2006. "If there's a nuclear deal, and that's still a big 'if', we'll want to move quickly on the UN sanctions issue," an official said, requesting anonymity. The negotiations are taking place at senior foreign ministry level at the six powers and Iran, and not at the United Nations in New York. US OFFICIAL CONFIRMS DISCUSSIONS A senior US administration official confirmed that the discussions were underway. The official said that the Security Council had mandated the negotiations over the UN sanctions and therefore has to be involved. The core role in negotiations with Iran that was being played by the five permanent members meant that any understanding over UN sanctions would likely get endorsed by the full council, the official added. Iran rejects Western allegations it is seeking a nuclear weapons capability. Officials said a UN resolution could help protect any nuclear deal against attempts by Republicans in US Congress to sabotage it. Since violation of UN demands that Iran halt enrichment provide a legal basis for sanctioning Tehran, a new resolution could make new sanction moves difficult. "There is an interesting question about whether, if the Security Council endorses the deal, that stops Congress undermining the deal," a Western diplomat said. Other Western officials said Republicans might be deterred from undermining any deal if the Security Council unanimously endorses it and demonstrates that the world is united in favor of a diplomatic solution to the 12-year nuclear standoff. Concerns that Republican-controlled Congress might try to derail a nuclear agreement have been fueled by the letter to Iran's leaders and a Republican invitation to Israeli Prime Minister Benjamin Netanyahu to address Congress in a March 3 speech that railed against a nuclear deal with Iran. The officials emphasized that ending all sanctions would be contingent on compliance with the terms of any deal. They added that the International Atomic Energy Agency, the Vienna-based nuclear watchdog, will play a key role in verifying Iran's compliance with any agreement. Among questions facing negotiators as they seek to prepare a resolution for the Security Council is the timing and speed of lifting UN nuclear sanctions, including whether to present it in March if a political framework agreement is signed next week or to delay until a final deal is reached by the end-June target. – Reuters