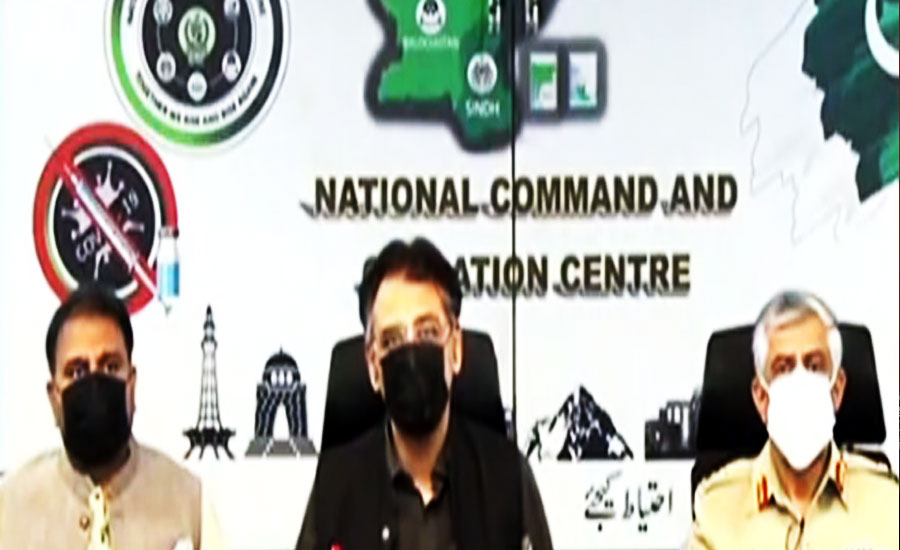 ISLAMABAD (92 News) - A major progress in the situation of the coronavirus (COVID-19) across the country as the National Command and Operations Center (NCOC) eased the restrictions for business.

The NCOC eased restrictions for business as it has been decided to close the business for one day instead of two days. The day will be decided by all the provincial units themselves. The indoor gym is allowed to open. Vaccination will be mandatory for all gym members. It has been decided to lift the ban on certain non-contact sports.

According to the NCOC, it was decided to run a nationwide vaccination campaign against corona in three parts. Vaccination is mandatory for government and non-government employees. All employees have been instructed to make corona vaccination mandatory by June 30. From June 11, all citizens over the age of 18 will be able to get walk-in vaccinations.

Pakistan has achieved a major milestone of administering 10 million doses of anti-COVID vaccine. A ceremony marking the achievement was held at the NCOC in Islamabad on Wednesday.

Speaking on the occasion, Minister for Planning Asad Umer expressed satisfaction over the vaccination drive. He, however, said we have a long way to go as our target is to vaccinate seventy million people by the end of this year.

Asad Umar said about three hundred thousand to three hundred and fifty thousand people on daily basis are registering themselves for the vaccination.

The minister said the measures taken in the wake of third wave of COVID-19 have shown positive results and there is a visible reduction in the positivity ratio. He said that three thousand people are still on critical care in hospitals and the threat is not over yet.

Asad Umar appealed to all segments of the society to increasingly participate in the vaccination drive as it is the only way to lift all the Covid related restrictions in the country.

Minister for Information and Broadcasting Chaudhary Fawad Hussain was also present on the occasion.