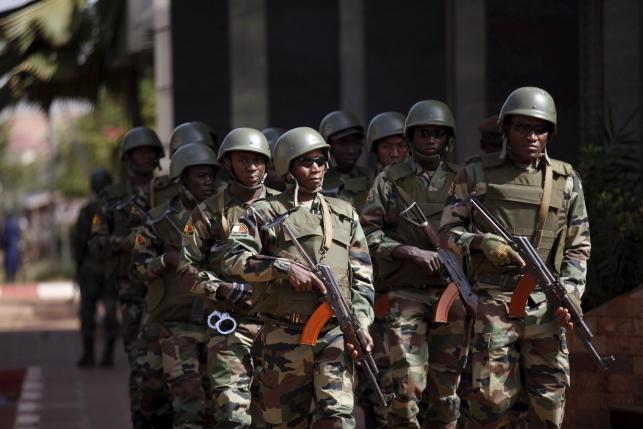 BAMAKO - Mali said that investigators were following "several leads" after 19 people were killed in an attack on a luxury hotel claimed by three Islamist militant groups. Islamist militants' most deadly strike on the West African country in years ended on Friday when Malian commandos stormed the Radisson Blue hotel in the capital, Bamako, after an eight-hour siege and freed 170 hostages. But two days after the attack, little more has been revealed on the identity of the attackers. On Sunday, the Massina Liberation Front, which has been blamed for previous attacks in southern Mali, became the third group to claim responsibility for the siege. Al Mourabitoun and al Qaeda in the Islamic Maghreb (AQMI) already had claimed responsibility. "Several leads are being followed. The hotel that was attacked is being combed through carefully," according to a statement on state television. A Malian intelligence agent said 13 foreigners were killed in the attack, including six Russians, three Chinese, two Belgians, an American and a Senegalese. Israeli media had earlier reported one dead, but the Malian source was not able to confirm the information. President Ibrahim Boubacar Keita has said that both gunmen involved in the attack were killed at the hotel were killed, although an eye witness had previously said there was at least one additional attacker. Former colonial power France is assisting with the probe and has sent in a team of elite investigators to assist. The bloodshed in Bamako is the latest sign of deepening insecurity in the West African country. Islamist militants linked to al-Qaeda seized the desert north in 2012 but were scattered by a French military operation a year later. However, jihadists have stepped up attacks this year on Western and Malian targets beyond their traditional desert bases. In August, they stormed a hotel in central Mali in August, killing at least 12 people in an attack similar to Friday's. Mali, along with neighbours across the 15-nation West African ECOWAS regional block, will begin three days of national mourning on Monday. Senegalese President Macky Sall, the current chairman of ECOWAS, arrived in Bamako on Sunday to express condolences and vowed to help Mali fight terrorism. "Mali will never be alone," Sall said. "We stand together with Mali and together we will lead the fight." -Reuters