KARACHI (92 News) – A man was shot dead on Sunday in front of police by a person, who came with police to the deceased house.

As per details garnered, this sad incident happened when the killer, Sohail, was transported in a police van to meet with his children on the court orders.

Sohail was taken to the deceased, Munawwar, residence in a police van, where the killer opened fire on Manawwar. It was reported that he shot dead the deceased allegedly due to a family dispute. 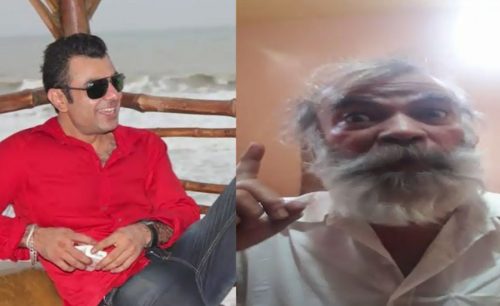 Sohail managed to bring a concealed weapon with him in the police van; however, it was not confirmed that this was police negligence or conspiracy. “Three policemen have been taken into custody,” It said.

It is pertinent to mention here that Sohail had filed an abduction case against Munawwar, which was quashed by the court. The court, however, ordered the police to recover his family. Sohail’s wife had reportedly moved due to a fight with him.

Sohail was taken from Darakhshan police station to the residence of Munawwar in Bahadurabad on court orders to recover the former’s wife and three children. Police said further investigation in the case is underway.

On the other hand, the deceased brother said that Munawwar was shrieking for help and pleaded to taken him hospital in injured condition, while the police personnel were supported the accused and taken him Munawwar into police station instead of hospital.

Four policemen including the additional SHO of Darakhshan police station have been arrested for their criminal negligence in the matter.

The spokesman DIG East Zone said the suspect had arrived with a patrolling van of Darakhshan police station.

He said a case of murder will be registered against the accused, while a separate case will be lodged against the police officials for their criminal negligence.