The decision to this effect was taken at a meeting in Islamabad with Prime Minister Imran Khan in the chair held to review government measures for the welfare of labourers.

During the meeting, the prime minister said that the protection of rights of weak and poor workers of the society is the prime priority of the government. He lauded the Punjab government’s steps taken in this regard.

The premier said that the complete implementation of the programme is a real challenge and it needs full focus. He also directed that steps should be taken regarding protection of labor’s rights in phase wise manner. 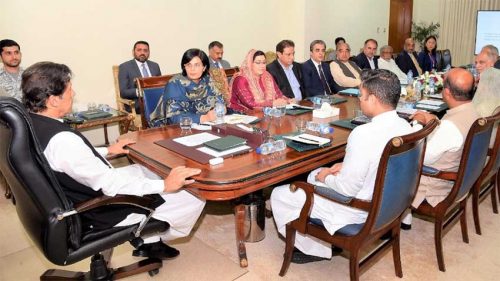 The meeting was briefed that 115 social welfare programmes are being established and this is a historical, comprehensive and detail program regarding poor, widows, orphans, workers, labours, farmers, unemployed persons, homeless, aged and poor students of the country.

It was also said that the steps would be taken for the overseas Pakistani labours.

International Labour Day is being observed today with the renewed pledge to acknowledge and promote the dignity of labourers.

The theme of this year Labour Day is “Uniting Workers for Social and Economic Advancement”. International Labour Day observed in the memory of massacre of labourers who laid their lives in 1886 in Chicago while protecting the rights of labourers.

Today is a gazetted holiday, labour and traders organizations have chalked out special programmes to highlight the significance of the day. Pakistan’s first labor policy was devised in 1972, in which May 1 was declared an official holiday.