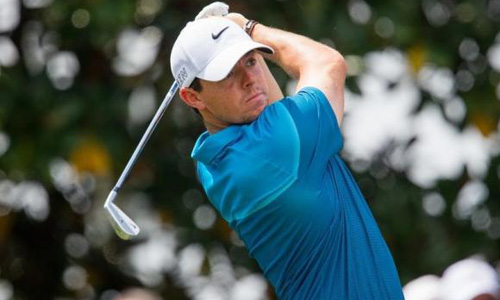 ORLANDO - Rory McIlroy did not contend for victory at the Arnold Palmer Invitational, but he sounded reasonably satisfied with his performance in his final tournament before the Masters. A victory at Augusta next month would make McIlroy just the sixth player to complete the modern career Grand Slam of winning all four majors. The 25-year-old Northern Irishman has expressed concern recently at his inability to easily hit a draw, the right-to-left shot that is so important at Augusta. “I got quite a lot out of this week,” McIlroy told NBC after shooting a 70 to finish at 11-under-par 277 at Bay Hill on Sunday. “It wasn’t quite the way I wanted to finish but it gives me what I need the next couple of weeks preparing for Augusta. I definitely feel like I’ve taken some strides in the right direction.” The world number one will skip the next two tournaments to work on his game on the practice range. “There’s still a few things in my game I need to tidy up and work on but what I was working on last week, I feel like I’ve made progress in that and I’ve got a couple of weeks to work on some more stuff and hopefully be ready for the start of April,” he said. The Masters begins on April 9. - REUTERS