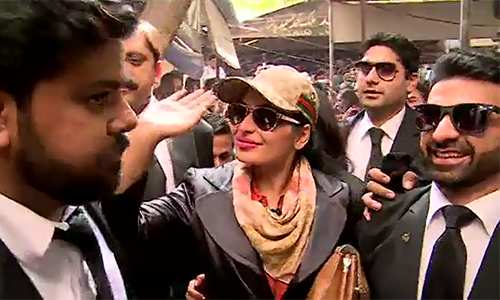 Balkh Sher advocate told court that his client Meera could not reach court due to unavailability of flight and she should be exempted from appearance this time.

Naveed Goraya, counsel for Attiqur Rahman claiming to be husband of Meera, said that Captain Naveed was not appearing in court and he should be declared a proclaimed offender.

Attiqur Rahman claimed that Meera was his wife and solemnized ‘Nikkah’ with Captain Naveed without getting divorce from him.

The court ordered Meera to appear in court on next date of hearing.

LOS ANGELES (Reuters) - The American Film Institute (AFI) on Monday announced its movies of the year, with five of the 10 honorees featuring predominantly non-white casts and stories.