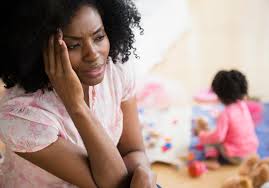 LONDON - People caught up in a nuclear disaster are more likely to suffer severe psychological disorders such as depression and post-traumatic stress disorder rather than any harm from radiation, scientists said on Friday. Factors such as having to evacuate homes or simply fear contribute to the trauma, the scientists said in studies published in The Lancet to mark the 70th anniversary of the U.S. atomic bombing of Hiroshima and Nagasaki. The studies counter the misconception that nuclear disasters have caused widespread death and physical illness, with the researchers finding that the mental health effects were far more profound. "In most nuclear accidents very few people are exposed to a life-threatening dose of radiation," wrote Akira Ohtsuru of the Fukushima Medical University (FMU). Nuclear accidents are rare but five rated as "severe" have occurred during the past 60 years - Russia's Kyshtym in 1957, Windscale in Britain in 1957, Three Mile Island in the United States in 1979, Chernobyl in 1986 and Japan's Fukushima in 2011. Koichi Tanigawa of FMU, who led one of the studies, said the psychological burden for people living in affected regions is often overlooked. In 2006, the United Nations Chernobyl Forum report found that accident's most serious public health issue was its damage to mental health, an effect made worse by poor communication about the health risks of reported radiation levels. Even now, 20 years after the accident, rates of depression and post traumatic stress disorder remain higher than normal, the researchers said. Similar problems were seen after Fukushima, with the proportion of adults with psychological distress almost five times higher among disaster evacuees - at 14.6 percent compared with just 3 percent in the general population. "Although the radiation dose to the public from Fukushima was relatively low, and no discernible physical health effects are expected, psychological and social problems, largely stemming from the differences in risk perceptions, have had a devastating impact on people’s lives," Tanigawa said. Some 170,000 residents were evacuated from a 30 km (20 miles) radius of the Fukushima plant, the researchers said. At least a third of the world's 437 nuclear power plants have even more people living within that distance - 21 have more than a million people nearby, and six have more than 3 million. Radiological health experts said analyzing such events gives vital information on how best to protect those living near nuclear power plants. - Reuters