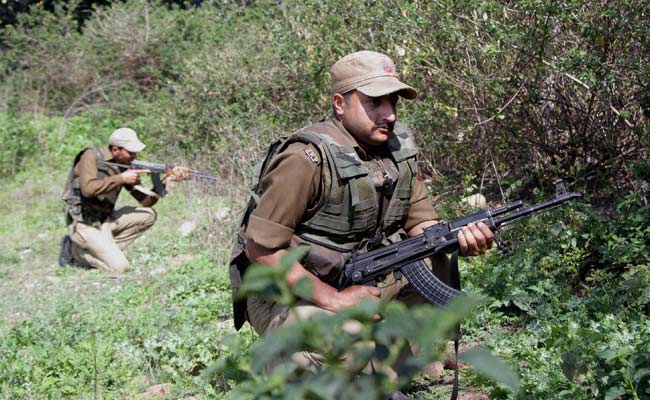 ISLAMABAD (92 News) – At least two Indian soldiers were killed in a gun battle at an army camp in Indian-held Kashmir (IHK). Three militants forced their way into the camp near the Line of Control (LoC), killing two army soldiers in the gun battle. The militants used gunfire and grenades in their attack. The fate of the attackers, and their identity, is unclear. The gunmen cut a perimeter fence and penetrated the battalion headquarters in Tangdhar in northern Kashmir, the Himalayan region at the heart of a longstanding dispute between nuclear-armed India and Pakistan."It is seems to be a well planned attack," said the army officer, who asked not to be identified because he is not authorised to speak on the record. Bodies of the three militants, believed to have worked on the base, were recovered, the officer added. He said the militants armed with AK-47s had taken up positions in the officers' mess and blown up a kerosene tank, wounding one person.