ISLAMABAD (92 News) – The important meeting under the chair of National Assembly Speaker Asad Qaiser discussed the extension of military courts.

According to the details, the consultation meeting was held between the government and the opposition under the chair of the NA speaker.

During the meeting, they discussed important national matter and consulted about the extension of the military courts. The members from the ruling party held consultation meeting with Federal Minister for Law and Justice Farogh Naseem before the meeting. 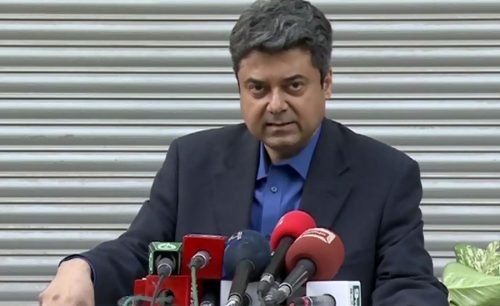 Earlier, the government has decided to put together a National Action Plan (NAP) to resolve basic issues faced by the public. Prime Minister Imran Khan has issued orders to form a parliamentary committee to oversee NAP in order to resolve issues pertaining to health, education, agriculture and water sectors.

The prime minister has tasked NA Speaker Asad Qaiser with implementing the government’s plan and taking the opposition parties into confidence over the matter.

Seven hundred and seventeen accused terrorists have been sent to military courts by the federal government since their establishment.

The Inter-Services Public Relations (ISPR) released details of the death sentences awarded to convicted terrorists and their executions following trial by military courts.

According to the ISPR, cases of 717 accused terrorists were sent to military courts by the federal government since establishment of the military courts to date. Out of the finalized cases, 310 terrorists were awarded death penalty while 234 were awarded rigorous imprisonment of varied duration ranging from life to a minimum of 5 years. Two accused were also acquitted.

The ISPR said that out of 310 sentenced to death 56 terrorists have been executed after completion of Legal process beyond Military Courts decisions which included their appeal in superior civil Courts and rejection of their mercy petition both by COAS and the President of Pakistan.