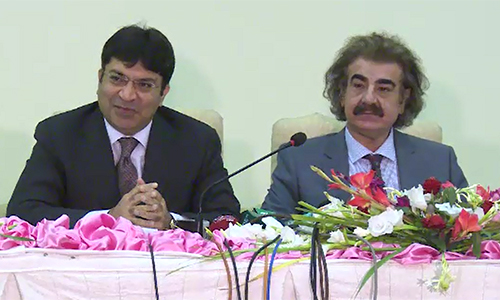 LAHORE (92 News) – Pakistan Sugar Mills Association central chairman Sikandar Khan and Punjab chairman Javed Kayani have sought permission to export one million tons of sugar with a subsidy. Addressing a press conference at a local hotel on Thursday, they said that the government’s order to clear growers’ payments within 15 days was cruel and impractical. They demanded that the law binding millers to clear growers’ payments within a fortnight should be declared null and void. They also demanded that a equal price of sugar should be fixed across the country. The PSMA office-bearers said that sugarcane was costlier in Pakistan as compared to the world. “For this reason, sugar is expensive here.” They said that the sugarcane price was being increased each year, but the sugar price was the same. They demanded that all the matters should be settled as per the Sugarcane Act 1950.