ISLAMABAD (92 News) – The death toll of Pakistani pilgrims martyred in the Mina tragedy rose to 13 on Saturday.

Seven-year-old Samreen of Multan martyred in Mina was identified, while the martyrdom of Tauseef Iftikhar of Rahimyar Khan has also been confirmed.

Sources said that over 300 Pakistanis are still missing in Makkah.

The missing Pakistani pilgrims include Noor Muhammad of Multan and his wife, 25-year-old Aneeb Khan of Tando Allahyar and three women from Karachi. 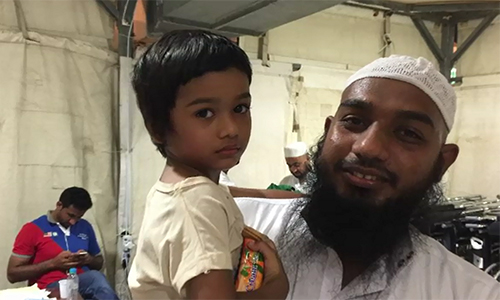