MULTAN (92 News) - After warning of CTO Multan, another video clip showing a minor boy Fahad from Multan driving an SUV with an MPA plate on a Multan road has gone viral on social media platforms on Sunday.

MULTAN (92 News) - After warning of CTO Multan, another video clip showing a minor boy Fahad from Multan driving an SUV with an MPA plate on a Multan road has gone viral on social media platforms on Sunday.

In the video making rounds on the internet, it can be seen that a five-year-old boy is driving a sport utility vehicle along with his friend in the passenger seat.

The MPA plate on the car can also be seen in the footage. The minor boy also filmed a video and uploaded it on TikTok.

It is pertinent to mention here that a week ago, video of the same child driving under a metro bridge on Bosan Road surfaced. The fearless boy, whose age is stated to be around five years, zoomed around the city unnoticed, risking not only his neck but also those of other motorists.

After the video went viral, police traced the vehicle and seized it under Motor Vehicle Ordinance (MVO).

The father of the child appeared before the CTO Multan and recorded his statement. “The child will not drive the vehicle again,” the father said in a testimony submitted to the police. 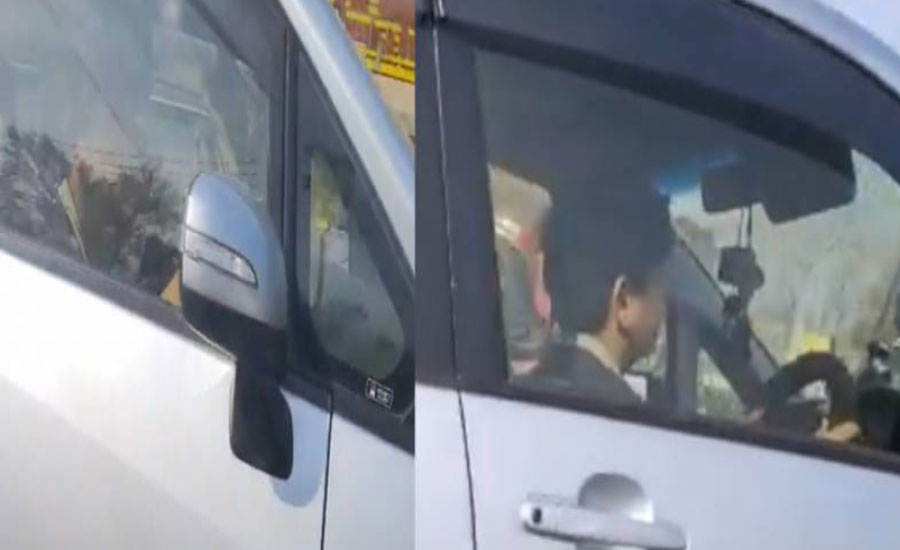 On the other hand, another minor boy was spotted driving a car on a busy road of Sargodha, a city in Punjab province of Pakistan after an underage driver of Multan took the social media by storm.

The boy, aged 10 to 12, was driving a 658 cc car and it was caught on camera by a person with apparently a concern that such inexperienced drivers could cause a major accident.

The video went viral on social media and netizens want to know when the authorities will take action against such incidents.

MANSEHRA (92 News) – The police arrested JUI-F leader Mufti Kafayatullah from his residence at Mansehra on Tuesday.

ISLAMABAD (92 News) – Federal Minister for Science and Technology Fawad Chaudhary said that the ant-government had died after separation of the Pakistan People's Party (PPP) from the Pakistan Democratic Movement (PDM).

LAHORE (92 News) – Long queues of vehicles were witnessed all entry and exit points of the city due to the protest of a religious party on Tuesday.

PESHAWAR (92 News) – A meeting of the Cemtral Ruet-e-Hilal Committee for moon-sighting will be held in Peshawar on Tuesday.

Daska's election proved to be a referendum against Imran Niazi's govt: Hamza

LAHORE (92 News) – Opposition Leader in Punjab Assembly Hamza Shahbaz on Monday said that by-election of NA-75 Daska has proved to be a referendum against Imran Niazi's government.