Misbah hopeful of victory against Proteas in World Cup 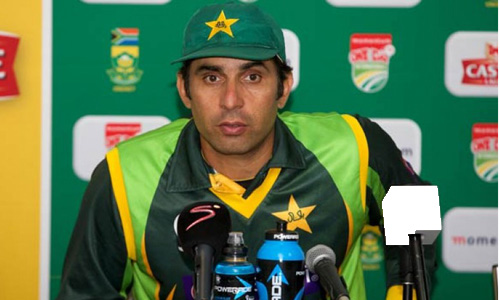 Misbah hopeful of victory against Proteas in World Cup

AUCKLAND (92 News) - Pakistan Cricket Captain has said that the team’s morale is high and the lads are hopeful for a win against the South African team. Talking to media on Friday, the skipper said that Haris Sohail has sustained an injury to his heel, therefore his inclusion in the team is not confirm yet. Also, the skipper defended the decision to leave out Yasir Shah, stating that there was no need for Shah in the team in presence of Afridi. He also said that the team has a strong bowling attack and has full confidence in it. When asked if he wished rain halts tomorrow’s proceedings, the captain said he would not like that Pakistan acquire only one point. Pakistan needs three points to go through to the next stage, he said. Commenting on the team strategy, Misbah said “Ab de villiers is a strong player. The only solution this is to get him out as early as possible.” MIANDAD’S ADVICE On the other hand, World Cup 92 legend Javed Miandad advised Pakistani batsmen to handle Darryl Steyn with caution.