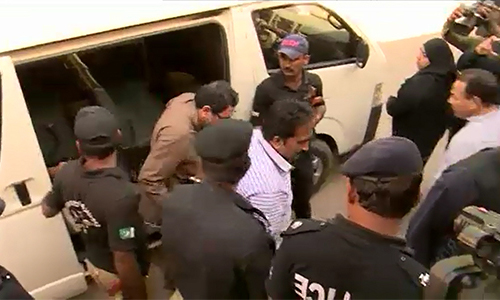 KARACHI (92 News) – Sui Southern Gas Company (SSGC) Managing Director Shoaib Warsi and former MD Zohair Siddiqui were produced in court on Saturday. They face the charges of misuse of powers and sanctioning illegal connections. They have been arrested on the pointation of former adviser on Petroleum Dr Asim.