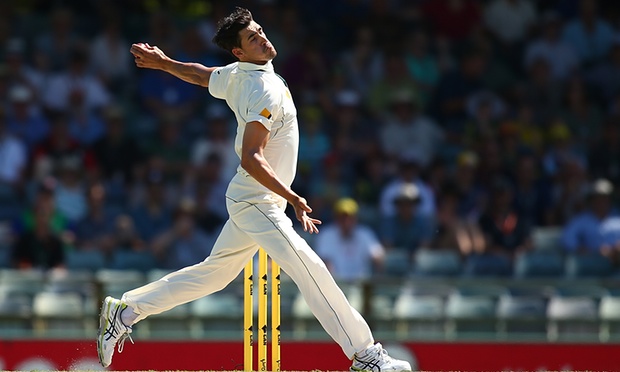 PERTH (92 News) – Mitchell Starc is the newest member of the 160 club, and a world record is within reach if his need for speed continues to grow. Starc recorded a 160.4km/h delivery midway through Sunday’s third day of the second Test against New Zealand at the Waca Ground. The searing delivery - a yorker to Ross Taylor - fell just shy of Shoaib Akhtar's world record mark of 161.3kph set in a 2003 one-dayer against England. And it also fell just short of the 100-mile mark, with the conversion leaving it at 99.667939mph. But it was the fastest ever recorded delivery in Test cricket, adding to Starc's growing standing in the game. Only four other fast bowlers have officially been recorded with deliveries at more than 160 kph, but none of those were in Test cricket. However, Kiwi batting coach Craig McMillan, who once faced a 161 kph delivery from Pakistan's Shoaib Akhtar, questioned the accuracy of the reading, suggesting it might have been the result of a technical fault in the broadcast van. Australian pair Shaun Tait and Brett Lee were both recorded at 161.1 kilometers per hour. The only other bowler to reach the mark was Australian firebrand Jeff Thomson at 160.6 kilometers per hour. He is widely considered the fastest bowler in cricket history.