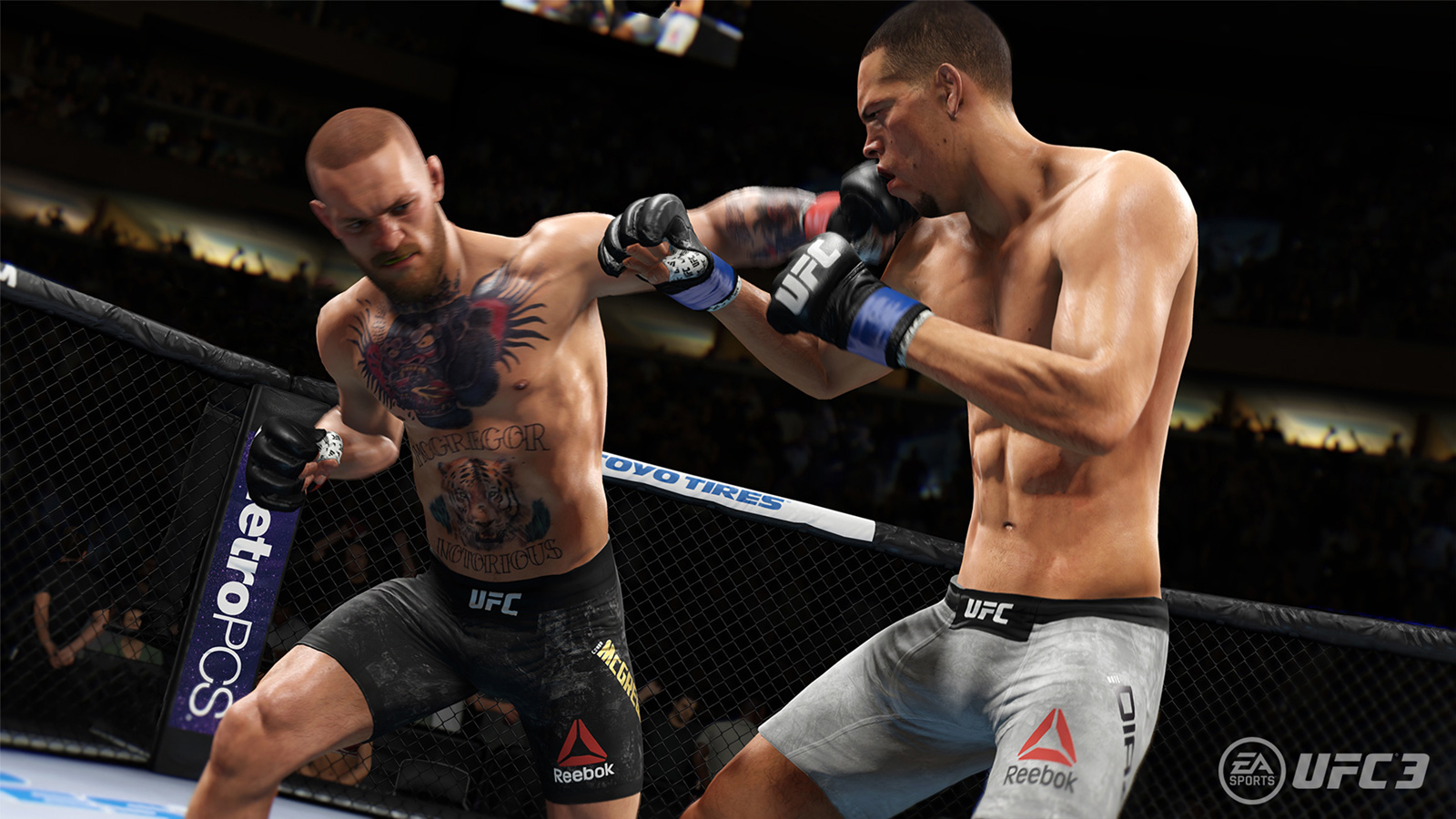 The 36-year-old choked reigning champion Bisping into unconsciousness at the end of the third round to claim the belt after a thrilling back-and-forth battle on a night when three UFC titles changed hands.

Fighting for the first time in a heavier weight class, former welterweight champ St-Pierre, who walked away from the sport in his prime in 2013, had the better of the early exchanges, rocking the Briton several times.

But Bisping’s toughness and superb stamina started to tell in the second as St-Pierre started to slow down, and even when he was taken down to the mat, St-Pierre couldn’t manage to keep the 38-year-old there.

Instead, Bisping landed a few heavy blows of his own, forcing St-Pierre onto the back foot towards the end of the round.

At the end of the third round St-Pierre sent Bisping crashing to the canvas, and he followed up with a series of brutal elbows before taking the Englishman’s back and applying a rear naked choke hold to finish the fight.

Rather than concede defeat, Bisping lost consciousness before referee John McCarthy stepped in to stop the fight.

“I don’t have a word in my mouth right now. It’s a dream come true guys, thank you for the support,” an elated St-Pierre told TV commentator Joe Rogan in the octagon as he thanked the fans.

“He hurt me very hard. A few times I got stunned, I tried to hide it, I wouldn’t like to do that fight again,” he added.

Earlier in the evening, challenger Rose Namajunas pulled off a stunning victory to wrest the women’s strawweight crown from Joanna Jedrzejczyk, felling the Pole with a thundering left hand to finish the fight by knockout 3:03 into the first round. The men’s bantamweight title bout threw up another instant classic as TJ Dillashaw floored Cody Garbrandt halfway through the second to win by knockout and reclaim the belt he lost to Dominick Cruz in January 2016.