GOJRA (92 News) – Prime Minister Nawaz Sharif has said that their opponents are not pulling the legs of the government, but the nation and the country.

Addressing the ground-breaking of Gojra-Shorkot section of Faisalabad-Multan Motorway, M-4, at Gojra on Monday, the prime minister said that the Motorway project would have completed seven years ago, but the previous governments did not pay attention to it.

He said that the Motorway is a precious national asset playing an important role in country’s economic development and prosperity.

The prime minister said that the six-lane Lahore-Karachi Motorway is a grand project, which will have great impact on country’s economy. “Work is already in progress on Karachi-Hyderabad section of this motorway, while ground-breaking of its Lahore-Multan section will be done soon,” he said. 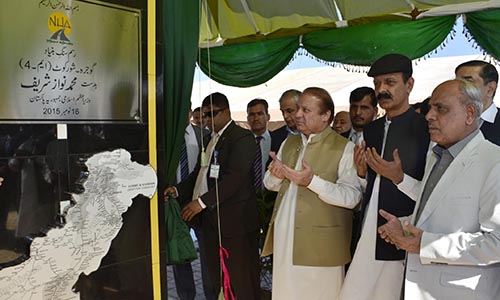 He appreciated the Punjab chief minister and expressed satisfaction over his steps.