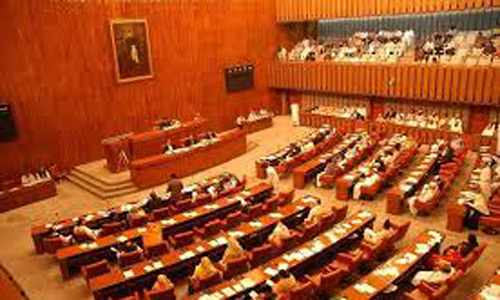 ISLAMABAD (92 News) – The Muttahida Qaumi Movement (MQM) staged a walkout from the Senate over the Rangers’ raid on Nine Zero on Wednesday. Meanwhile, MQM workers, including women, staged sit-ins at various places in Karachi. Educational institutions, markets and petrol pumps were closed in Karachi after the raid. On the other hand, tension exists in several cities of Karachi, including Hyderabad and Sukkur, following the raid.