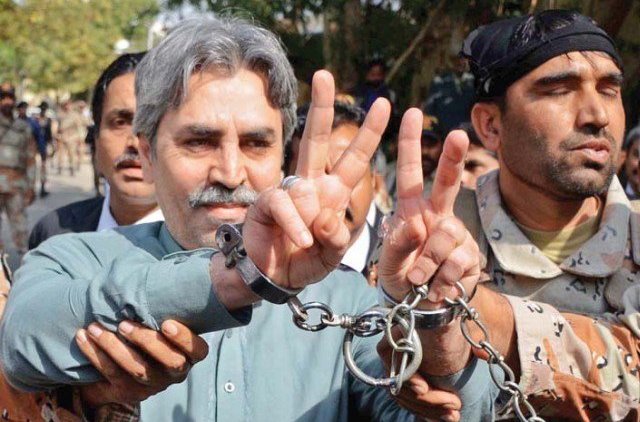 KARACHI (92 News) – The Anti-Terrorism Court has on Monday issued non-bailable warrants for five co-accused of Muttahida Qaumi Movement (MQM) leader Amir Khan for December 15 in a case. The ATC heard a petition regarding instigating terrorism and harboring terrorists against the MQM leader Amir Khan. During the hearing, the court asked the investigation officer, why aren’t the father names of all the accused in the case written in the challan, on which the investigation Mohsin Zaidi officer told the court that the accused were nominated in the case on the basis of their mobile data. The five accused are: Imran Ejaz, Raees alias Mama, Minhaj Qazi, Naeem Mullah and Shehzad Mullah, who are still absconding. Amir Khan was also directed by the court to not leave the country without the court’s permission and also appear before it at every hearing. The MQM leader was also sent to the central prison on a judicial remand after issuance of his arrest warrants. The hearing was adjourned till December 15, 2015.