In his resignation, Syed Ali Raza Abidi stated that he was resigning from his National Assembly membership due to personal and political reasons.

Earlier, the MQM leader had announced to quit MQM-Pakistan and resign from NA-251.

He had said that he will formally resign from his National Assembly seat upon return to Pakistan and would contest bye-Election against PSP’s Mustafa Kamal as independent candidate from the same seat. May the best win! 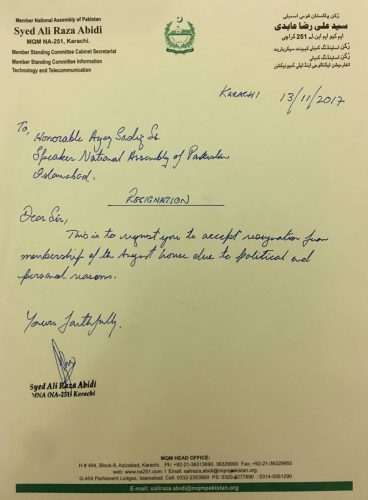