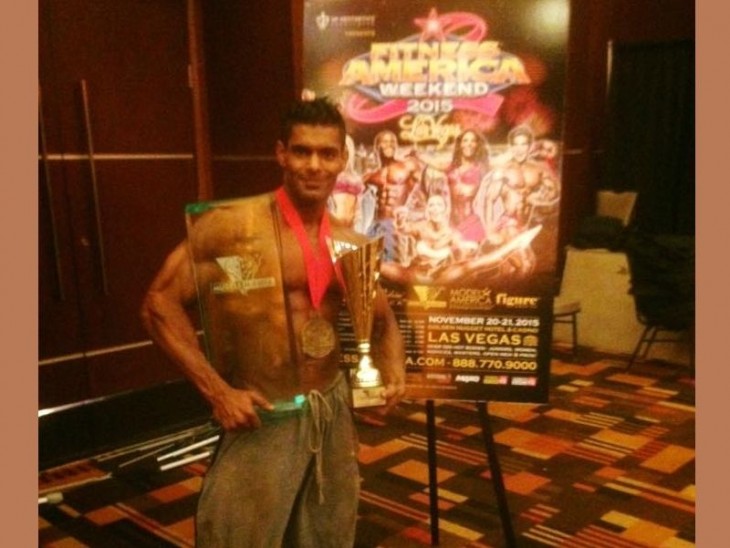 LAHORE (92 News) – A Pakistan's Lahore based body builder Salman Ahmad has on Monday, claimed gold at the event of Mr Musclemania World title 2015. Body Builder shared the news with the fans through his Facebook account saying, ” By the grace of Allah pak I made the history, the 1st Pakistani to win musclemania pro card and I won gold medal and then the all over world title. After posting the news for win, Salman Ahmad uploaded another status and video on his Facebook account in which he thanked all his fans and also said in the caption that he don’t have words to explain his feelings.