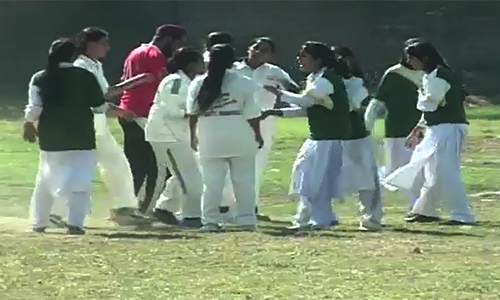 MULTAN (92 News) – Multan defeated Khanewal 5-4 to defend their title after the scuffle-marred Inter-collegiate women soccer final at Multan Education Board Ground on Monday. The scuffle started when a player of the Khanewal team pushed a player of the Multan team while snatching the ball. Later, the ground turned into a wrestling ring. The players also exchanged hot words with each others. The match was halted for two hours after the scuffle. However, the match was restarted on the demand of the fans.