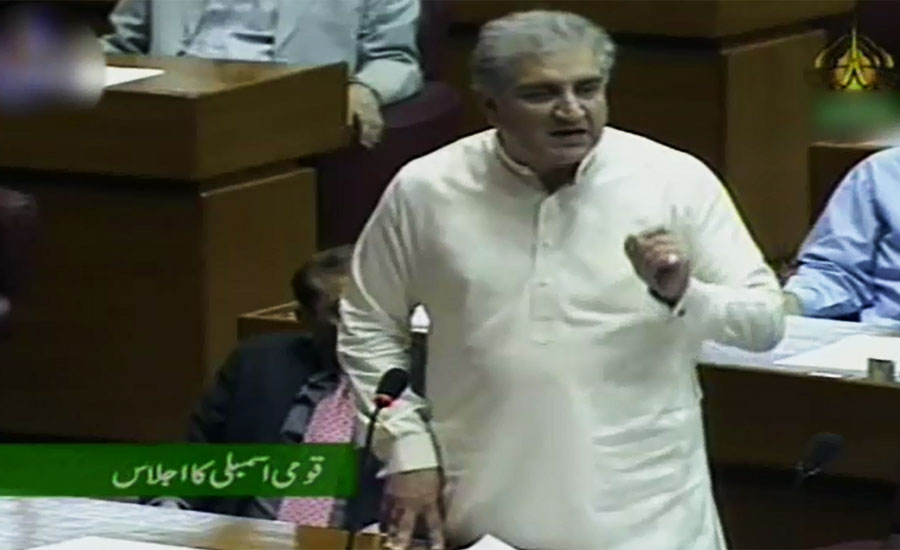 ISLAMABAD (92 News) – Pakistan Tehreek-e-Insaf (PTI) Vice Chairman Shah Mehmood Qureshi said that former president Pervez Musharraf left Pakistan with former prime minister Nawaz Sharif’s approval. Addressing to the session of National Assembly, he said that Musharraf would not have been able to leave Pakistan unless his name was removed from the ECL. The PTI leader said that Nawaz Sharif tried to mislead the general public in his yesterday press conference. “If the request of rigging inquiry in four constituencies approved then no need to do sit-in Islamabad,” he said.