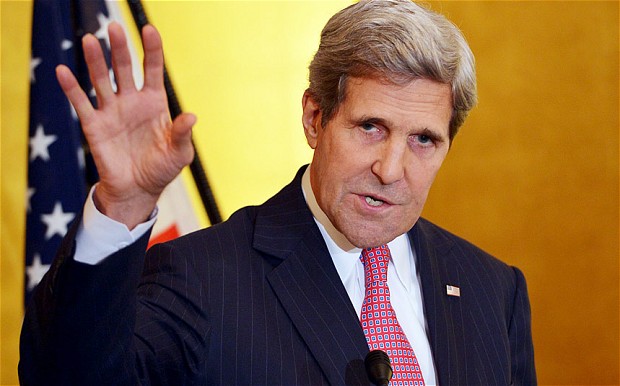 WASHINGTON (92 News) – US Secretary of State John Kerry has on Thursday said that North Korea's nuclear test is a ‘highly provocative act’ that threatened international peace and security and is against United Nations Security Council resolutions.

"We do not and will not accept North Korea as a nuclear armed state, and actions such as this latest test only strengthen our resolve," he said.

US Secretary of State said that the people of US and its allied countries are committed to the defense of the world, adding that the North Korea can grow by fulfilling its responsibilities but jeopardizing world’s peace will not be tolerated.

On the other hand, the United Nations UN Security Council pledged new sanctions against North Korea, strongly condemning its latest nuclear test as a "clear violation" of previous UN resolutions.

The Security Council said North Korea's actions were a "clear violation" of the four previous sanctions resolutions "and therefore a clear threat to international peace and security continues to exist".