In a series of tweets, she said: “Another elected Prime Minister sent home, but only to see him return with greater force & support & soonest Insha’Allah. Stay strong PML-N.”

The daughter of former PM said that today will pave the way for Nawaz Sharif’s resounding victory in 2018 general elections, adding that he will be unstoppable. Insha’Allah. Rok sakte ho to rok lo! (Stop if you can). 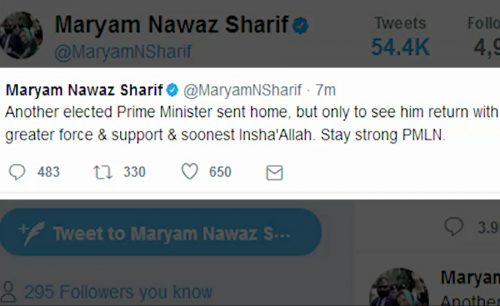