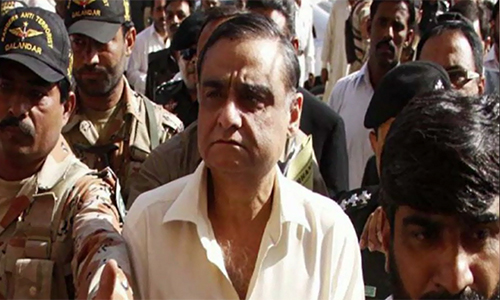 The former federal minister was presented in the Accountability Court amid tight security by the National Accountability Bureau (NAB) officials after seven-day remand.

The investigation officer further said that the Dr Asim’s front man Abdul Majeed damaged the national treasure with billion of rupees in the name of trust and the money was transferred to the account of Dr Asim.

The IO further requested time to arrest the front men and to present them in the court, after which the court granted seven-day physical remand of Dr Asim.