ISLAMABAD (92 News) – The National Accountability Bureau (NAB) has launched large-scale investigations against the 71 influential bigwigs among the five former prime ministers across Pakistan.

As per details, the NAB has released a list of 71 politicians, bureaucrats, and public office holders that it is investigating in cases of corruption or misuse of authority. The inquiry has been opened against the bigwigs over illegal assets beyond income and embezzlement of billions rupees.

In Punjab, the NAB is probing corruption cases against 20 influential personalities including Capt (r) Mohammad Safdar, former Federal Minister for Capital Administration and Development (CDA) Tariq Fazal Chaudhry and others. 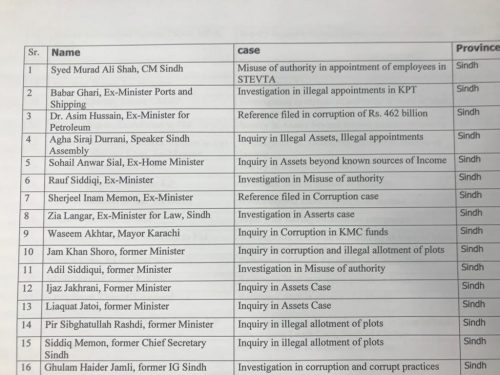 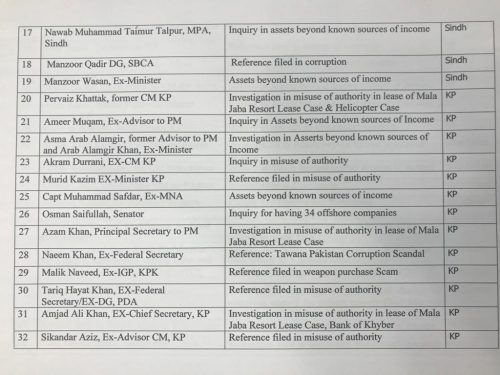 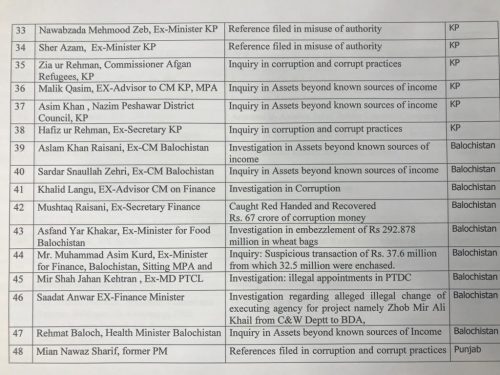 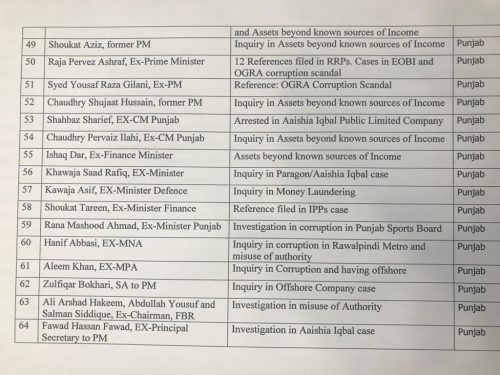 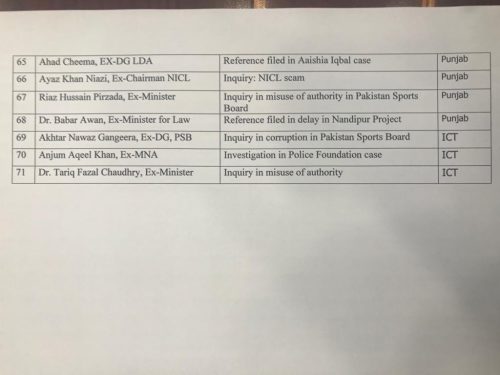