In a letter sent to the PTI leader, the anti-graft watchdog asked Usman Dar to appear in person and provide evidence related to corruption allegations against the foreign minister.

It was added that the foreign minister is part of the ‘gang’ involved in covering up money laundering and ‘corruption’ done by former prime minister Nawaz Sharif. 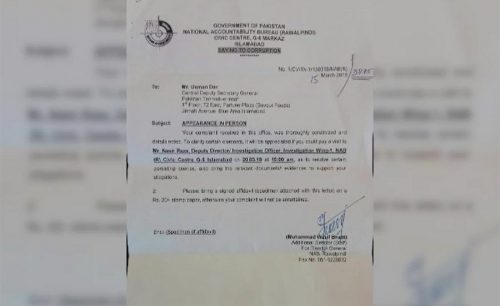