NADRA refutes Imran Khan’s all details about its report


KARACHI (92 News) – The National Database and Registration Authority (NADRA) has refuted all details narrated by PTI chairman Imran Khan about its report.

A spokesman for the NADRA said that dual serial numbers have not been mentioned in the pre-scan report.

“Such information disseminated by a political party is not right,” he said.

Earlier talking to the media oputside the NADRA office, PTI chairman Imran Khan claimed that he had received NADRA’s pre-scan reeport on NA-122. 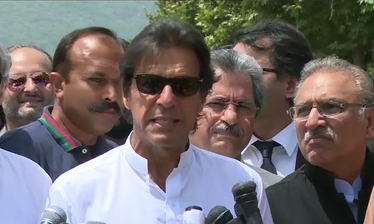 He said that vote books bearing the same serial numbers were present at three poliing stations in NA-122.

Later, he said that he had received the report from the election tribunal, not the NADRA.