RAWALPINDI (92 News) – Chief of Army Staff (COAS) General Raheel Sharif has on Wednesday said that Federally Administered Tribal Areas (FATA) has been purged of the terrorists who are now on the run and army will fulfill the dream of a peaceful Pakistan at all cost. 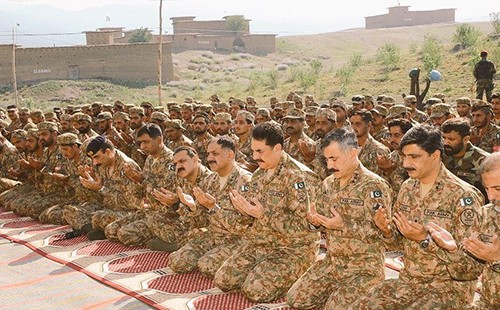 On the occasion, COAS General Raheel Sharif said that the whole nation is proud of those who are spending their Eid on the front line in Shawwal instead of celebrating in their homes.

He said that the nation and valiant Army have paid a huge price for eliminating terrorists and restoring peace in the country, adding that we will not let these sacrifices go waste. 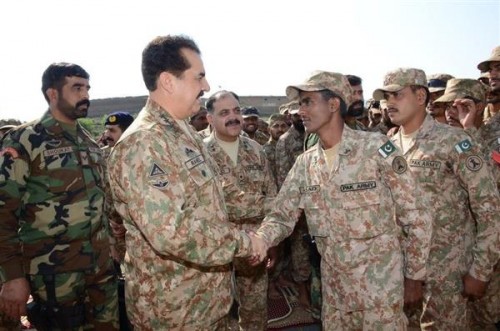 The COAS pledged not to allow the terrorists to return and reverse the gains made in anti-terrorism operations.

On the other hand, Corps Commander and Formation Commanders have also briefed Gen Raheel Sharif on operation Zarb-e-Azb.

On the occasion, he directed to take strict action against those violating Pak-Afghan border, adding that peace and stability on the border is our priority.

Gen Raheel Sharif said that the border management and dignified repatriation of Afghan refugees are important enablers for lasting peace.

“Our efforts for peace in Afghanistan have been acknowledged. While we are committed to facilitate the reconciliation process with sincerity, commitment and resolve, we expect non-use of Afghanistan territory against Pak,” he said. 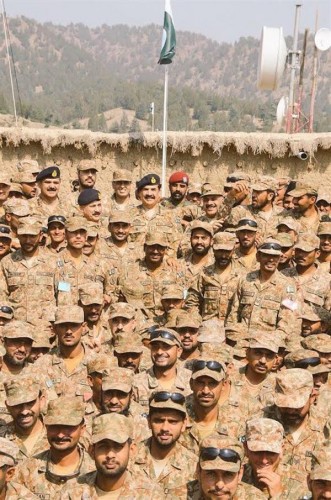