ISLAMABAD (92 News) – 71 years of Independence is being celebrated by all the provinces, districts and cities of the country on Tuesday here.

In Lahore, the main ceremony of the Day was held at Hazoori Bagh in which the Caretaker Chief Minister Dr Hassan Askari hoisted the national flag. 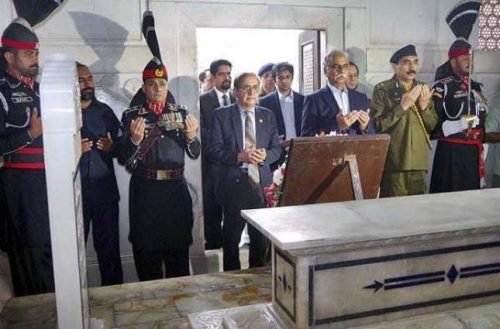 In his address, the Caretaker chief minister lauded the services of national heroes of Pakistan Movement and paid rich tributes to the people who sacrifices their lives and properties for creation of a separate homeland.

Meanwhile, a simple but graceful ceremony of Change of Guards was also held at Mazar-e-Iqbal in Lahore in which Pakistan Army took charge from Punjab Rangers. 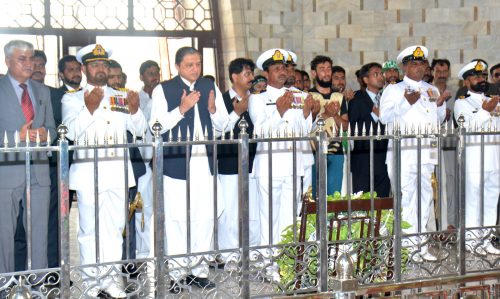 They paid rich tribute to the father of the nation on the eve of the Day. Change of guard ceremony was held at Mazar-e-Quaid in Karachi on Tuesday morning.

Cadets of Pakistan Navy took charge of their duties at the Mazar. Commandant Pakistan Naval Academy Commodore Waqar Muhammad was the chief guest at the ceremony.

In Peshawar, the day dawned with 21 gun-salute while special prayers were offered at mosques for country’s safety prosperity and development. 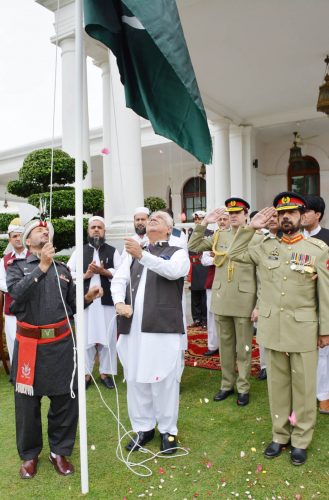 The main function in connection with the Independence Day is being held at Civil Secretariat Peshawar.

Meanwhile, Governor and Caretaker Chief Minister Khyber Pakhtunkhwa in their messages on the occasion of Independence Day have asked the people to work for materializing dream of the founder of the nation for making the country an abode of peace, prosperity and stability for our future generations.

In Quetta, the day was dawned with 21 gun-salute while special prayers were offered at mosques for country’s safety prosperity and development.

Preparations for celebrating Independence Day have also been finalized across Balochistan including provincial metropolis, Quetta.

The major ceremony is being held in Balochistan Assembly today, at nine in the morning during which the Caretaker Chief Minister Alauddin Marri will hoist the National Flag. Besides, national Anthem will also be played. Another ceremony will also be held at the Residency of Quaid-e-Azam Muhammad Ali Jinnah in Ziarat in which Caretaker Chief Minister will hoist the national flag.

In Azad Kashmir, flag hoisting ceremonies were held at all Districts and Tehsil Headquarters.

Speaking on the occasion, AJK President and Prime Minister paid rich tributes to father of the nation and other leaders and people who laid their lives for creation of Pakistan.