In a statement issued by the Inter-Services Public Relations (ISPR), the COAS shared their grief and offered fatiha for the departed souls. Gen Qamar Javed Bajwa said that while nothing can compensate the loss of dear ones, he assured Hazara community brethren that those who have targeted them shall suffer twice as much.

The COAS said that state is responsible for security of its citizens and all state institutions are concerned for this, adding that each and every casualty including from Hazara community is of concern to us and our brave security forces are performing their best and willingly offering monumental sacrifices to bring lasting peace to the country.

“During 2018 alone, so far 37 security forces personnel have laid their lives in Quetta,” he said and added through a unified national effort, we have turned the tide of terrorism, however a lot is still being done against inimical designs to reverse the gains by exploiting various fault lines.

“We have busted many terrorists’ networks and we know how these networks are being supported by hostile agencies.”

The COAS said: “We are Muslim first and then anything else. Every Pakistani irrespective of religion, sect, language or caste has to stay steadfast and united to defeat hostile forces trying to create divisions.” 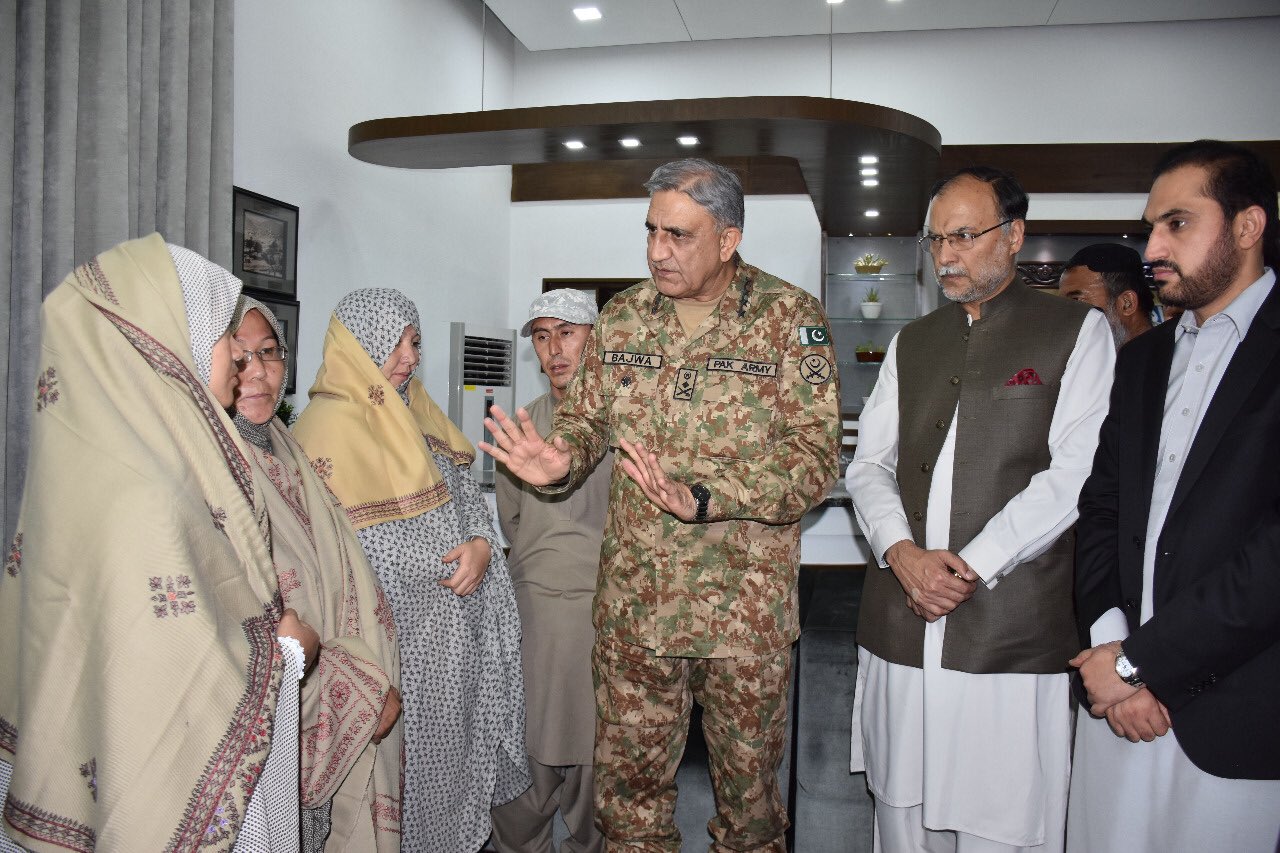 He said that we shall defeat hostile attempts through national cohesion, adding that anything and everything which is for the betterment of security of people of Pakistan shall be done.

“I expect the youth to stay focused on their positive endeavors towards self and nation building. Trust and assist state in taking Pakistan forward to its rightful destination”, the COAS added.

According to ISPR, on the assurance of the Army Chief, the Hazara community called off their protest, decided to call off their all sit-ins which they have been staging in Quetta for last three days against continuous killing of youth of the community in the provincial capital.