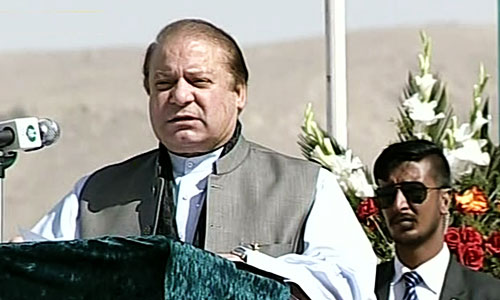 QUETTA (92 News) – Prime Minister Nawaz Sharif has vowed to take the war against terrorism to the logical end. Addressing the passing-out parade of Counter-Terrorism Force on Thursday, the prime minister said that no one can defeat the nation, which has such brave soldiers. Balochistan Governor Muhammad Khan Achakzai, Balochistan Chief Minister Dr Abdul Malik Baloch and officials of provincial government, Frontier Constabulary, Pakistan Army and police were also present. Earlier, the jawans displayed excellent training.